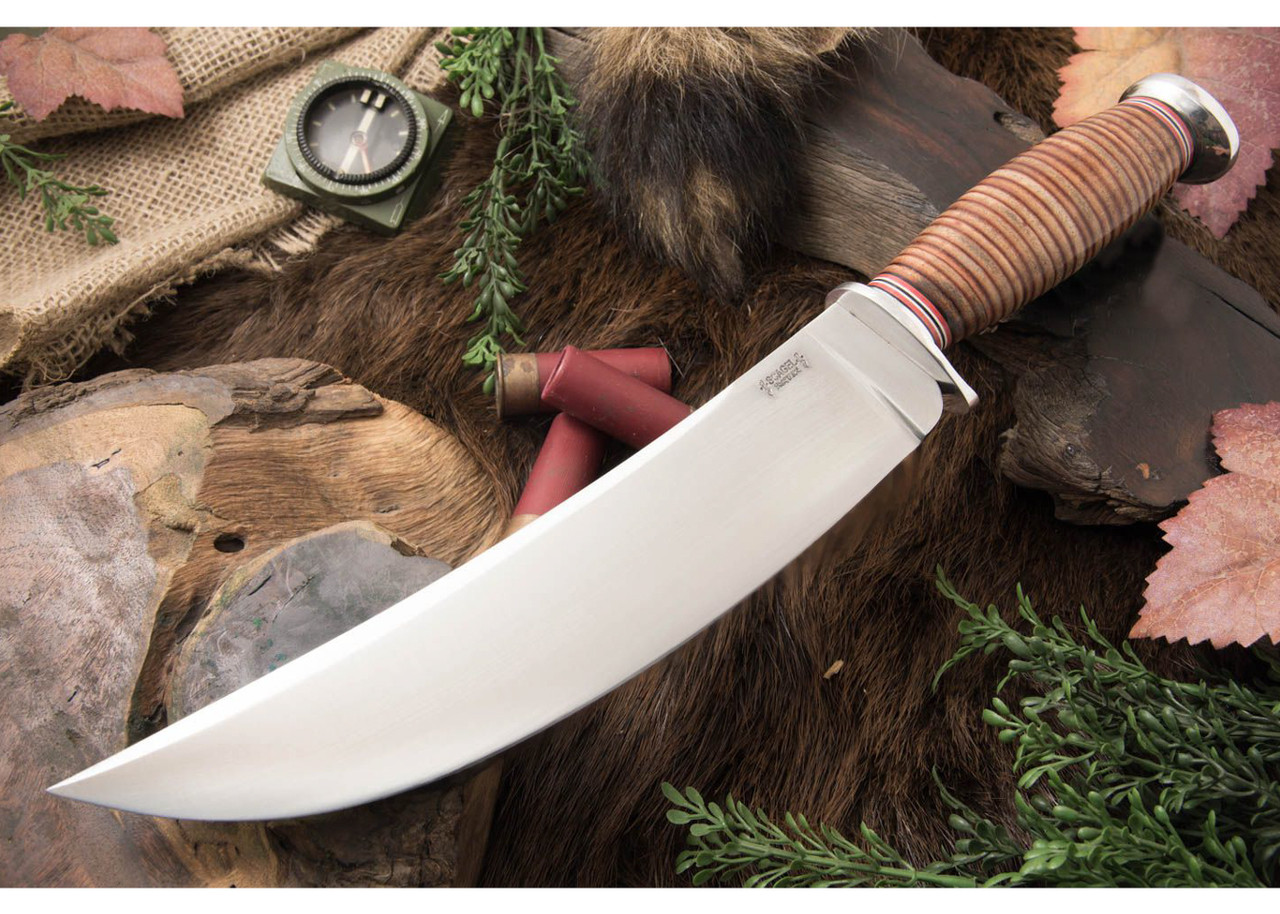 The Scagel Bowie is the first 2017 release of the Scagel Series from Mike Stewart of Bark River Knives. The knife is 100% Bill Scagel in profile and pattern. This Bowie pattern screams out Bill Scagel and is his most famous pattern. Bill was the first custom knifemaker of note right after the turn of the 19th Century and made knives for sportsman and outdoorsmen. His knives were carried by noted outfitters like Abercrombe & Fitch and Von Lengerke & Antoine. The knives were used on hunting trips and safaris in the grand ole days of the first world wide hunts. The impact of Scagel on the knife industry was very important – his work insipred men like Bo Randall to start making knives. The Medium Field Knife has all of the spirit of the old knives but made with modern methods and components married to old world hand grinding and finishing like Bill did himself.