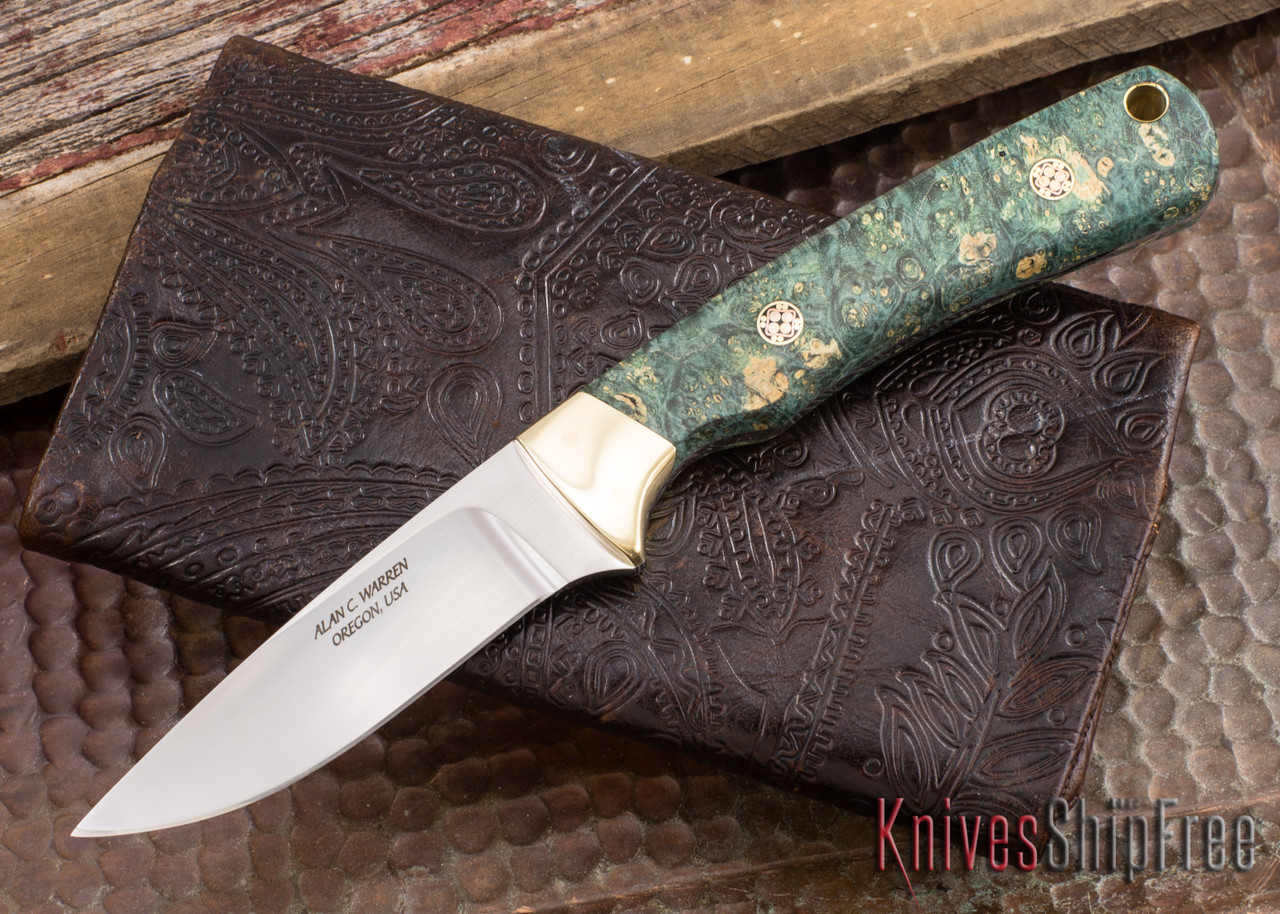 Alan Warren is a custom maker from Portland, Oregon. He's been crafting knives for almost 20 years, and they're absolutely spectacular.

Let's get a couple of things out of the way first. You should know that Alan has won lots of awards with his knives, and they've been featured in Blade Magazine several times. He's won several best-knife-of-show honors at Blade West and at the Northwest Knife Collector's Association.

Did I mention that his knives are impressive?

On each knife, Alan takes the time to make the little things right -- the solder on the guards, the polish on the blade, the grind lines, the feel of every single piece.

Alan doesn't do any marketing. He doesn't even go to many shows these days. He's very much in-demand and has a considerable backlog of orders -- all the more reason that we're privileged to offer his work here on KnivesShipFree.

Trust us, you're going to love Alan Warren's knives.