The cutting edge of a conventional knife blade (unless it's a simple straight-edge) has a single curve that begins at the point and ends where it merges into a straight section of the edge. 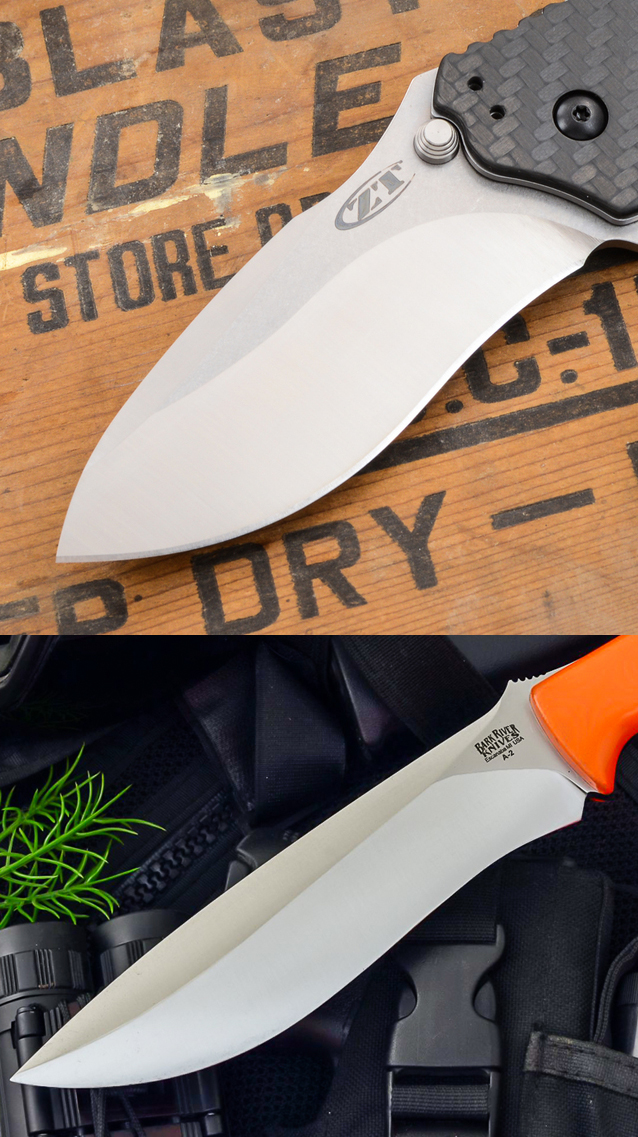 The physical benefit of a recurve is that it effectively lengthens the edge -- that is, the additional curvature makes the cutting edge longer relative to the length of the blade. The design also places the edge at multiple angles to the work (for a given cutting motion). Essentially a recurve employs the same principle as serrations, albeit in simpler form and for different reasons.

Virtually any blade profile can feature a recurve edge -- spear, drop-point, clip and others. You'll find it on folders as well as fixed-blade knives.

The practical advantages of a recurve show up in a cutting motion called a "draw" -- pulling the blade through the work, applying the cutting edge from its base to its point. Recurves excel at slicing, the most familiar use of the draw-cut. Whether it's food prep or cutting rope, a recurve shines.

Slicing isn't the only cutting task that can benefit from a recurve's efficiency and edge characteristics, however. Other base-to-point cutting strokes include chopping and slashing -- that's why you'll see recurves on knives used for clearing vegetation, large choppers and certain defensive blades.

If there's a disadvantage to a recurve edge, it's that sharpening involves a different technique (compared to sharpening more conventional blades). It's not difficult, really, but having to continually reorient the edge to the hone can be frustrating at first.

Just make sure your  sharpening tools can accommodate recurves and then take your time (both in the learning and in the sharpening). You'll have your recurve hair-popping sharp in no time.