Over the years we've handled and used thousands of knives. Because we know the hows and whys of various grinds, we understand the strengths and weaknesses of different profiles -- in short, we know which knife to reach for, depending on what we're up to.

Sometimes we have to remind ourselves, though, that not everyone lives and breathes this stuff, and that the lingo we use might need translation. That's why we've put together this primer on some common grinds you'll encounter in the knife world. 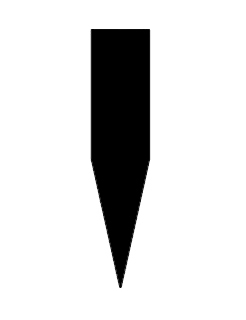 What it is: A flat grind is a single, symmetric V-bevel -- the blade tapers from a particular height on the blade and ends at the cutting edge. A flat grind that begins at the blade's spine is called a "full flat grind"; a "saber grind" begins its bevel lower on the blade; and a Scandinavian (or "Scandi") grind begins lower still. Technically, all are flat grinds.

What it's good for: Whittling, woodworking, food preparation, general use.

How to sharpen it: A flat grind can be sharpened on a stone or other flat hone, or by using a guided sharpening system.

What you may not know: The flat grind is the simplest and most basic profile. It's easy to maintain, but it doesn't produce the most durable edge. For that reason, a knife with a true flat grind is relatively rare. (Most blades billed as having a "flat grind" actually have a secondary bevel.) 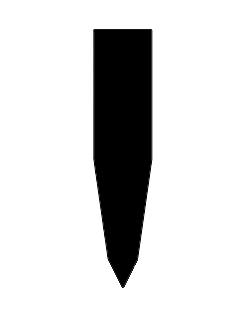 What it is: A double-bevel grind, also known as a "compound grind," can, in overall profile, incorporate virtually any other grind -- flat, hollow, convex -- with the addition of a secondary V-bevel to produce a cutting edge.

What it's good for: Whittling, woodworking, food preparation, general use.

How to sharpen it: As with a V-bevel, a double-bevel grind can be sharpened on a stone or other flat hone, or by using a guided sharpening system. Generally speaking, only the secondary bevel (the one producing the cutting edge) will require attention.

What you may not know: The double-bevel or compound grind, in its many forms, is arguably the most common profile produced today. It tends to be stronger and much more durable than a true flat grind. 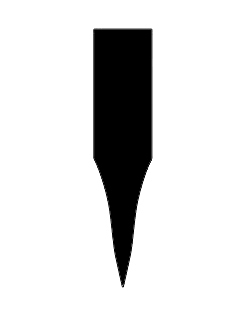 What it is: A hollow grind features symmetric, concave surfaces ending in a thin, extremely sharp edge. A hollow grind doesn't produce a very strong edge, and therefore generally isn't suitable for sustained use on hard or fibrous materials.

How to sharpen it: Traditionally, hollow-ground straight razors have been sharpened on leather strops, aided by abrasive stropping compound. Most of the hollow-ground knives produced today have a secondary V-bevel at the edge, and so can be sharpened on a stone or other flat hone, or by using a guided sharpening system. Because a hollow-ground blade has the potential to be extraordinarily sharp, however, it can benefit greatly from stropping.

What you may not know: The concave surfaces of a hollow grind tend to draw the work against the blade and toward the edge before the flat surfaces (higher on the blade) push it away, which is why many knife lovers prefer this profile for slicing and skinning. 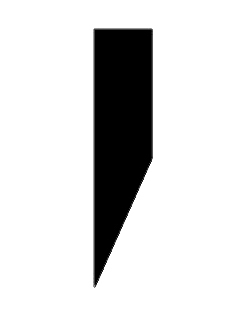 What it is: A chisel grind essentially is a V-bevel, except that only one side of the blade is sharpened while the other side remains straight (like a wood chisel).

What it's good for: Woodworking, food preparation. Also common on some military and "tactical" knives.

How to sharpen it: Sharpen a chisel grind as you would any other V-bevel (including by using a guided system), except that only one side of the blade is honed. It's advisable to lightly draw the opposite (straight) side of the edge across the hone occasionally, to remove any burr that may develop during sharpening. 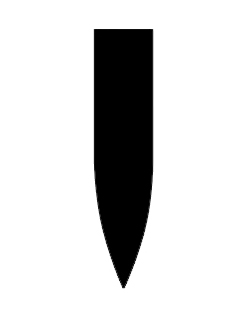 What it is: On a convex grind, the sharp edge is produced by symmetric, gently curved surfaces. Where the curvature begins (high or low on the blade) can produce a full convex, a saber convex or even a Scandi convex grind. Many knife aficionados consider a convex grind the strongest and most durable profile.

What it's good for: Hunting, woodworking, food preparation, axes, general use.

How to sharpen it: Sharpening a convex grind requires an abrasive surface that ever-so-slightly "gives" to follow the curvature of the blade -- generally, a leather strop or hone (a piece of leather affixed to wood base, with abrasion provided by stropping compound or sandpaper).

What you may not know: A practiced hand can sharpen a convex-ground knife on a hard surface or a flat stone. Because it's relatively difficult to master, however, this technique is best reserved for emergencies in the field.

For more information about sharpening your knives, whatever the grind, visit our Knife Sharpening page.