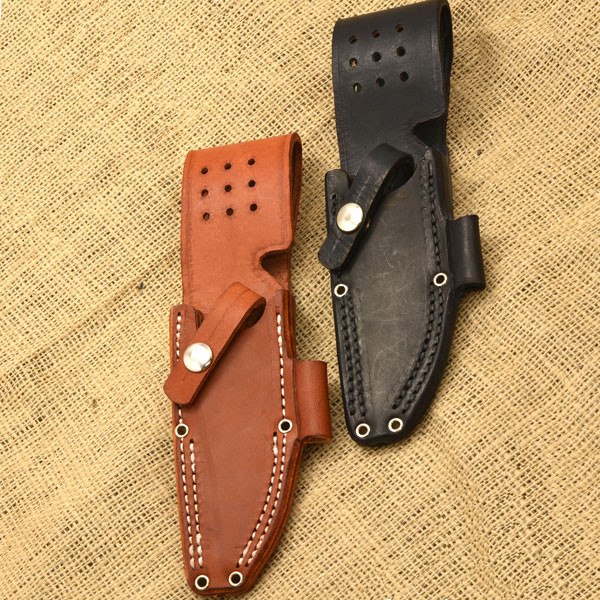 Generally speaking, the sheaths that ship with most of the fixed-blade knives we offer are right-handed -- left-handed versions simply aren't available.

Bark River is an exception to that rule.

The sheaths supplied with Bark River Knives are either right-handed or ambidextrous, depending on the knife.

An ambidextrous sheath, like the one that comes with the Mini-Bushcrafter, will work for either right-handed or left-handed carry.

Most Bark River Knives, however, come standard with a right-handed sheath. If you're a lefty, when ordering from KnivesShipFree you can request a left-handed sheath by including a note in the "Comments" section of your order at checkout.

Bark River will swap the sheath at no charge. (You'll be responsible for shipping charges.)