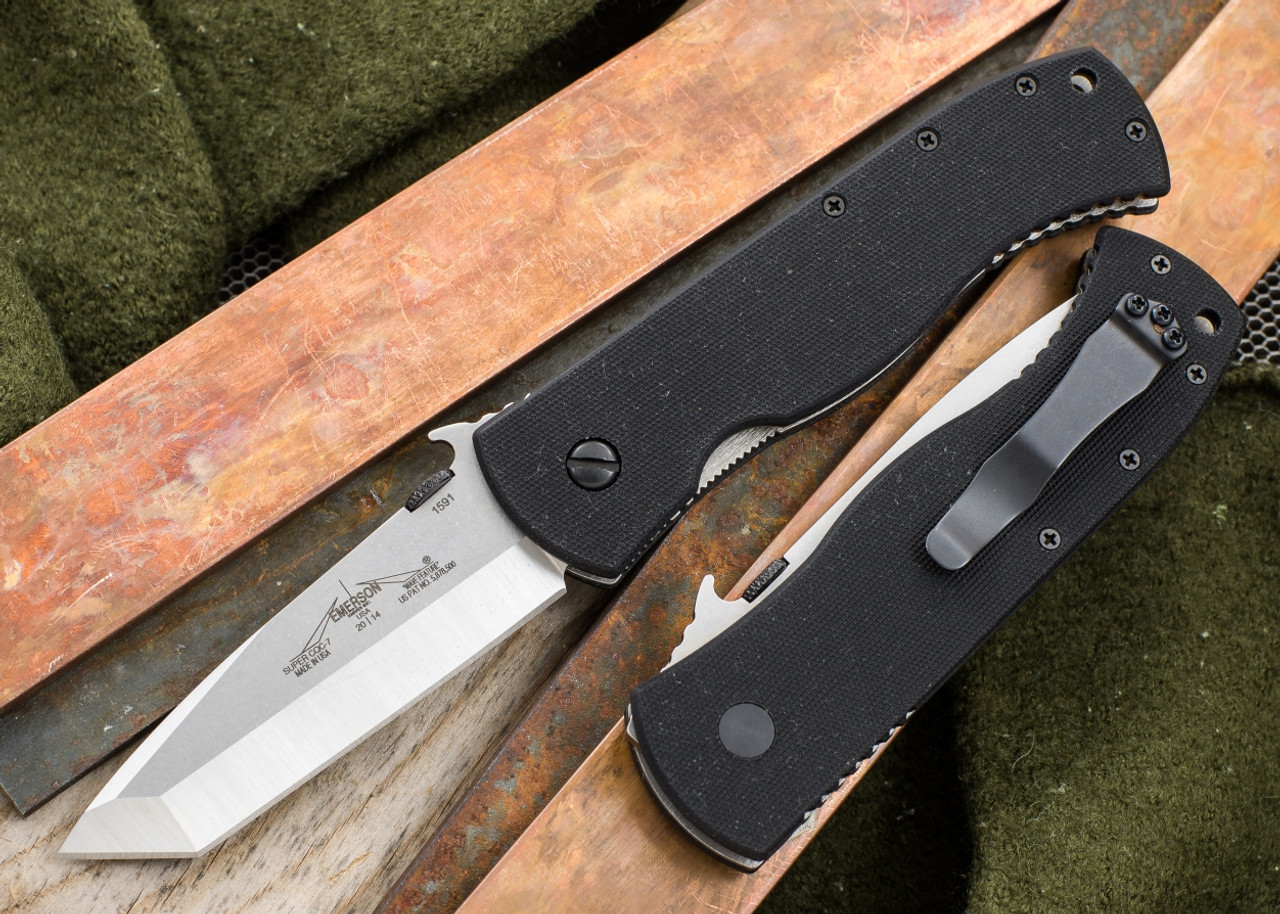 Admired and sought after by the world's most discerning knife users, Emerson Knives have become the standard by which other hard-use knives are judged. This reputation was built by the hands of a master craftsman, Ernest Emerson, beginning in his garage in 1979.

Ernest Emerson rapidly rose to prominence as a knifemaker, owing to his expertise as a craftsman, his artist's eye and his experience as a respected hand-to-hand combat instructor. Today, in addition to being renowned for the knives that bear his name, he's an inducted member of The Martial Arts Hall of Fame, and he also owns and operates his own training facility in Los Angeles.

Emerson Knives builds its tough, revolutionary edged tools for an elite group of individuals who seek the finest in all things, those who never compromise their values and never, ever settle for second best. When you buy an Emerson knife, you join that elite group -- you own what's regarded by many as one of the most efficient, most effective and most formidable tactical knives ever developed.