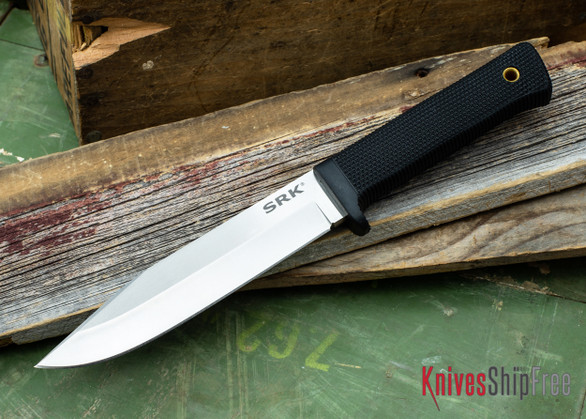 This survival knife will be dependable wherever you go. The thick layered VG-10 steel forms a 6-inch blade. The deep handle texture and single finger guard make sure you will have positive grip during any task.