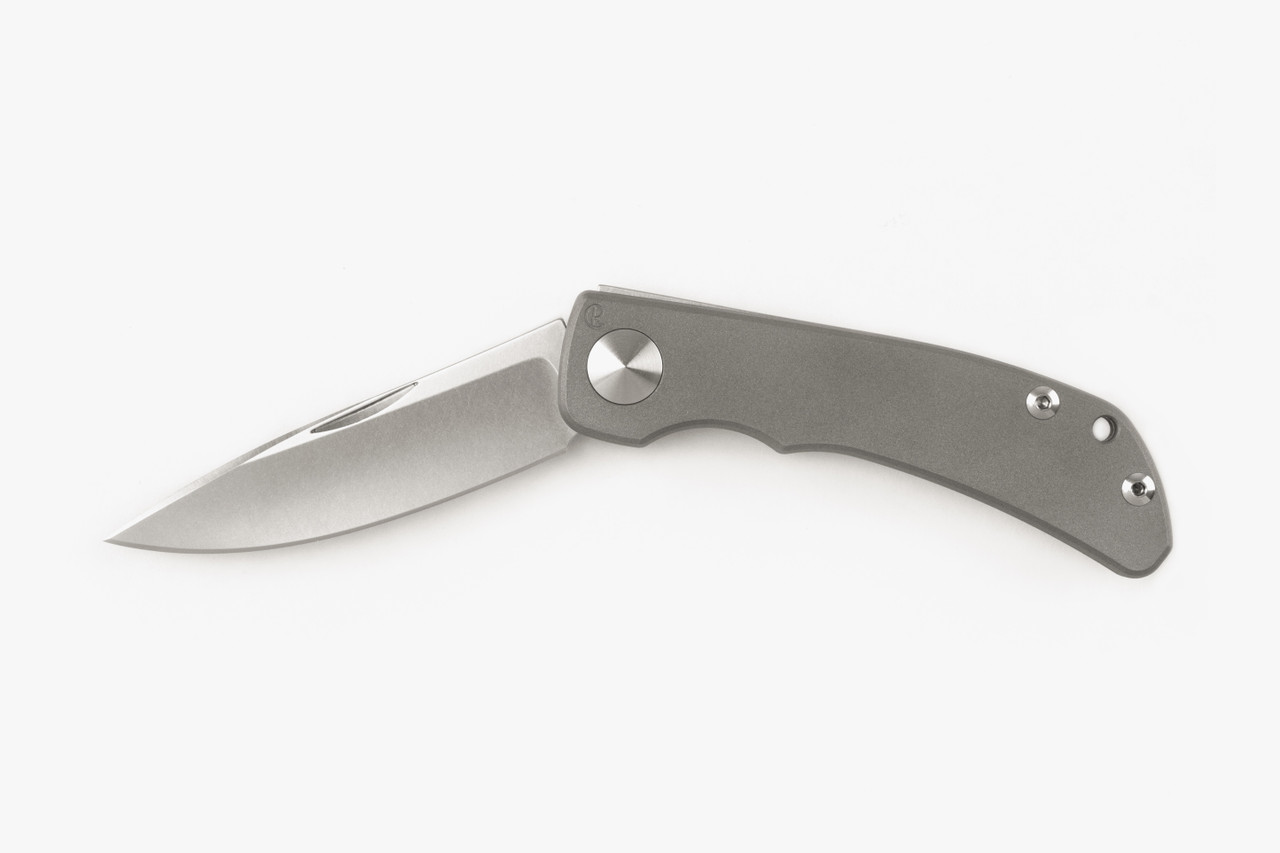 Impinda. Zulu: Fold, Repeat.
Our vision was to make a modern slip joint and to do it well. One with sleek lines and a functional blade for the outdoors. And so smooth it clocks open, but closes safer than your grandfather's jack-knife. Introducing, the Impinda: a Reeve/Harsey slip joint made to cut, fold, and repeat.

Chris Reeve Knives have always been exceptional cutters. Ever since they were first
introduced to the world, they have been winning awards, earning high praise and high demand for their innovative knives. The Impinda is an innovative knife that won the “American Made Knife of the Year” award when it was unveiled at Blade Show 2018. Since then, the knife went into full production and has remained highly sought after.

In order to achieve this innovative design, Chris Reeve Knives collaborated with none other than Bill Harsey. You’ll recognize his name and his design influence in many knives that have been put into production like the Chris Reeve Pacific and Green Beret fixed blades

In Zulu, Impinda means “fold, repeat.” This knife is a slip joint which means it relies on tension from a backspring to keep the blade open as opposed to a lock. This is the first Chris Reeve knife to be built in this way, and CRK has implemented some key innovations to make it an impressive slip joint debut

The backspring itself is made from CPM-S35VN stainless steel like the blade, making it robust and durable. The relationship between the backspring and the blade tang is very important in a slip joint, and the Impinda has a new original design called the Harsey Spring mechanism. Traditionally, a slip joint that is easy to open is easy to close, making it a potential risk to snap shut during use. Thanks to the Harsey Spring mechanism, you don’t have to worry about that. The spring is designed with two points of contact against the blade instead of one which allows it to have a different tuning for opening and closing actions. When opening the Impinda, you’ll notice a normal, friendly amount of resistance. However, closing it requires a much greater amount of force. This special tuning makes the knife easier to open and harder to close by accident. Thanks to Bill Harsey and Chris Reeve Knives, this is a workhorse slip joint that is both tougher and safer to use.

The Impinda is built with sleek lines and a functional blade profile that is perfect for EDC tasks. The blade features a large nail nick that looks great and makes opening the knife that much more comfortable. The blade is housed in a frame of sandblasted titanium with a large royal pivot.