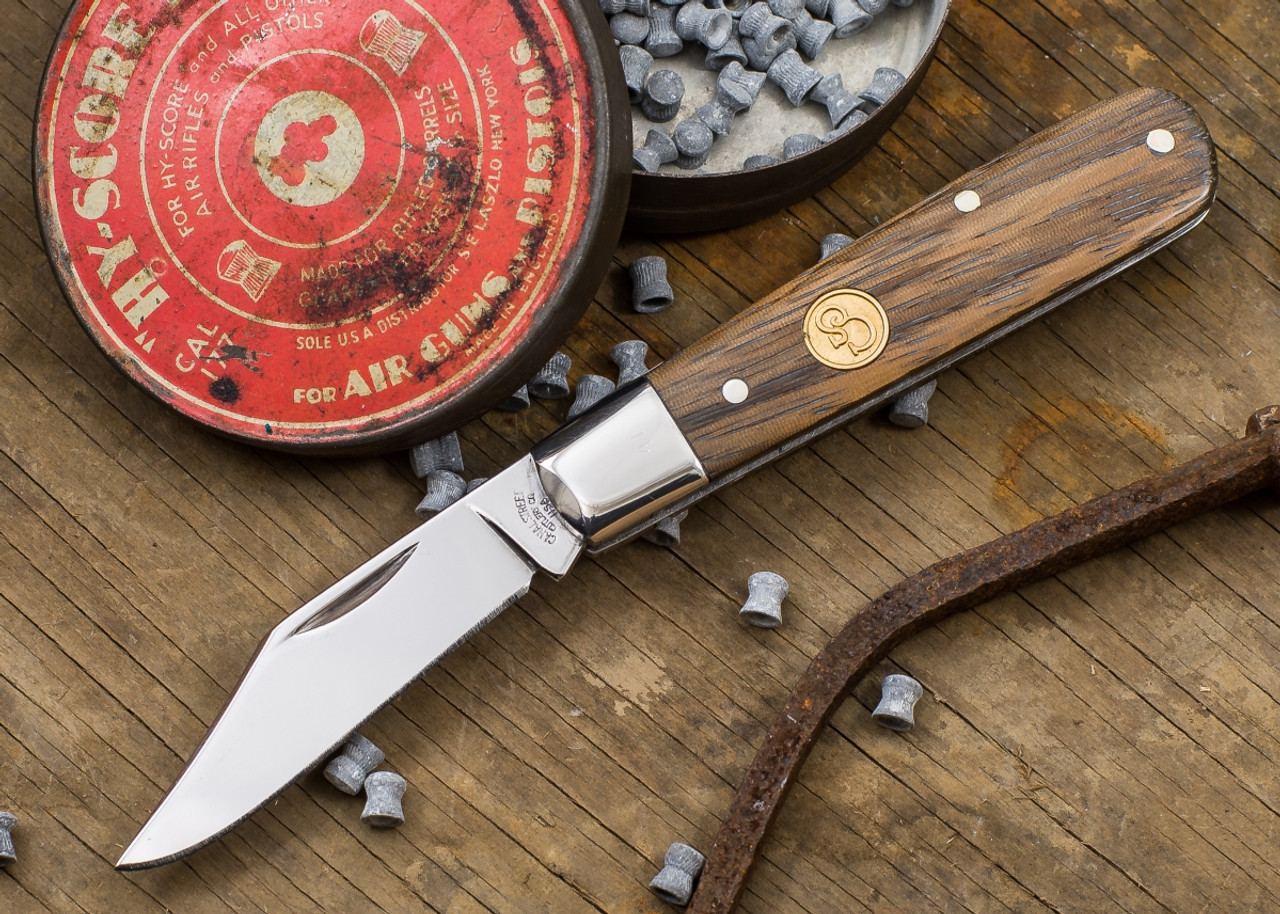 What's the best way to describe Canal Street Cutlery knives, in our opinion? That's easy: they're "collector-quality knives, made to be used."

The satisfaction of owning a perfectly designed and crafted pocketknife or hunting knife that's finished to heirloom quality is something that every knife lover should experience. And when that same knife is rock-solid and performs flawlessly, whether at home or in the field, that's a knife that lives up to the creed of Canal Street Cutlery Co.

Canal Street Cutlery takes its name from its address -- 30 Canal Street in Ellenville, New York -- an historic location, familiar to American knife enthusiasts. The building, along with the honored craft practiced within, continue a long and rich tradition of quality knifemaking dating back to the 19th century. The company is committed to returning to the roots which brought this honored American craft to the fore.

Canal Street Cutlery principal Wally Gardiner and nine Master Cutlers combine for over 300 years of knifemaking experience, today handcrafting what we believe are some of the world's highest quality traditional knives -- and they're made right here in the USA.