Back in 2009 and 2010, KnivesShipFree published a monthly newsletter called From the Edge. One of its recurring features was an interview with a knifemaker or industry executive. We thought you'd be interested in visiting these conversations again, so we're presenting them here on the KnivesShipFree Blog.

This is our interview with the late Dave Shirley, founder of Northwoods Knives -- enjoy.

A lifelong 'knife guy' looks back

Shirley has been both a fixture and a leader in the American cutlery business for decades. Over the years we've all come to appreciate his talent for bringing us high-quality, American-made knives with names like Scagel, M.S.A. Marbles and Northwoods, especially slipjoints.

Shirley recalls vividly when his love for knives began. "My first knife was given to me by my granddad. It was a Christmas tree pattern, and in 1941 it must've cost all of 30 cents. I lost it a week later and cried like a baby."

He chuckles, adding, "Of course, I was a baby." 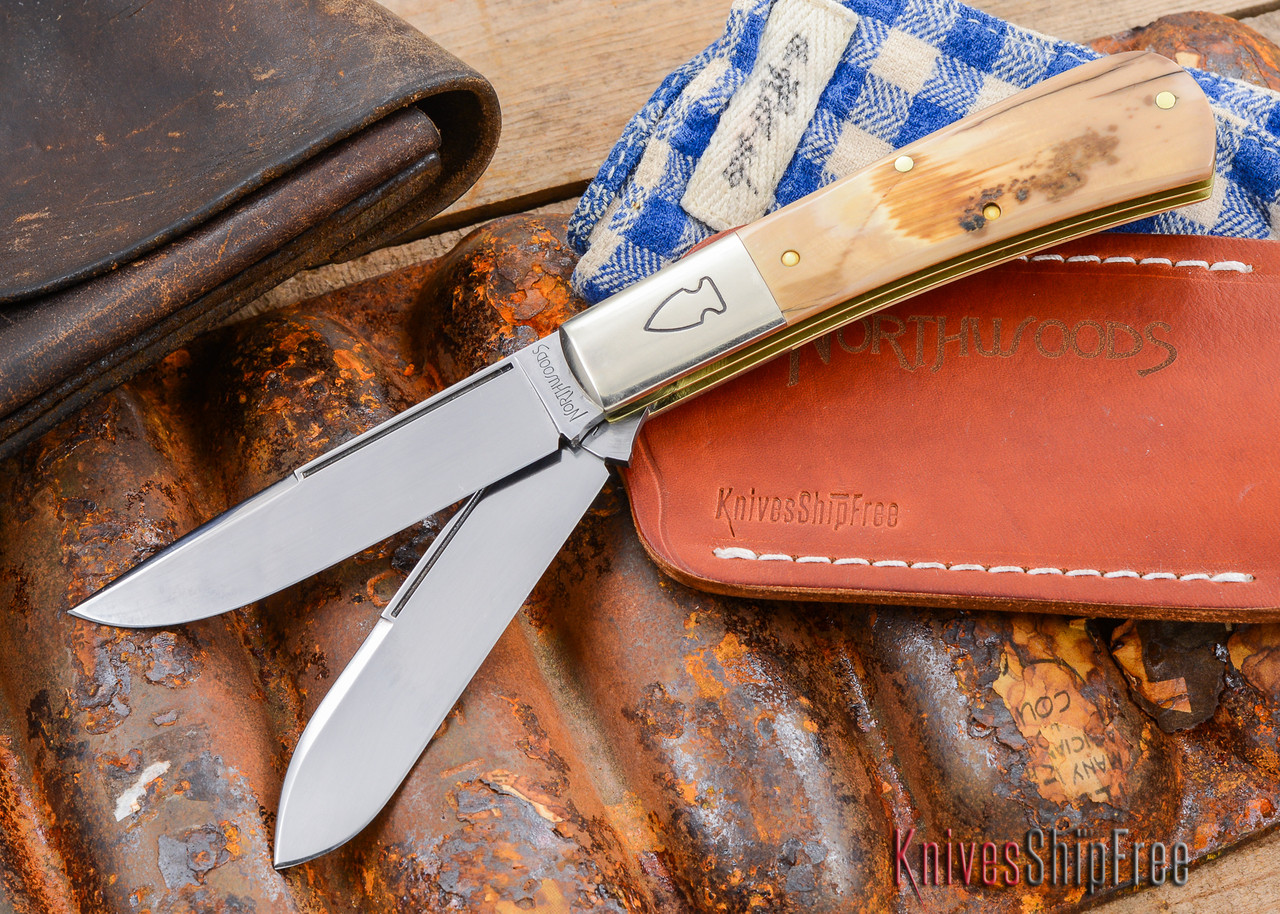 From that day, Dave Shirley has been a bona fide knife guy -- not as a collector, but as a user. He speaks of how he could skin muskrats faster than any other kid his age. He credits his grandfather with teaching him how to sharpen a knife and how to cut his own shoelaces, spiral-style, from a flat piece of leather.

In the early 1960s, Shirley tried his hand at making knives, confessing to struggling with taking the temper out of the files he used as raw stock. He then stumbled upon the idea of buying and selling knives at flea markets, and ultimately chose to sell knives made by others to his specifications.

His company, Bowie Corporation, came to be around 1985. Through that enterprise he became known for his Marbles knives, blanked by Queen Cutlery and finished by Bowie. He's especially proud of collaboration with Mike Stewart, who now heads Bark River Knives, to produce the only Marbles knives ever to feature a date stamp.

Moving to Gladstone, Michigan in 2003 and selling Bowie in 2004, he sought a name for his new company -- and it was Stewart who suggested "Northwoods." Shirley liked it and the name stuck.

"Bill Scagel was simply the most proficient custom maker who ever lived. Nowadays everyone copies what he did, especially trailing points. I've handled a lot of original Scagels that might've looked ugly but always felt comfortable in my hand. A Scagel always feels good."

Asked what it takes to create a great knife, he says, "I respect the ability to design a knife, really design it," naming Stewart and A.G. Russell in particular. "And I've learned that the steel you use is less important than the way it's heat-treated."

And what else characterizes this knife-industry veteran?

And that's Dave Shirley -- at once curmudgeonly and warm, plain-spoken and wise, definitely 100% American. His half-century in the cutlery business -- and the wonderful knives he's given us -- are a legacy worth honoring.