We get this question a lot, and we'll admit to being a little surprised at how often we're asked to pick one type of kitchen knife over the other.

Like many things in life, there is no better or bad -- only different.

German kitchen knives like Wüsthof and Henckels are, in short, overbuilt. Put another way, they're made to stand up to hard use.

Kitchen cutlery from Germany usually is made of relatively soft steels -- which isn't a bad thing at all, necessarily. A German knife may have you returning to the sharpening steel a bit more often, but its toughness means it's less likely to chip.

Think of German-made blades as the tanks of the kitchen-knife world. 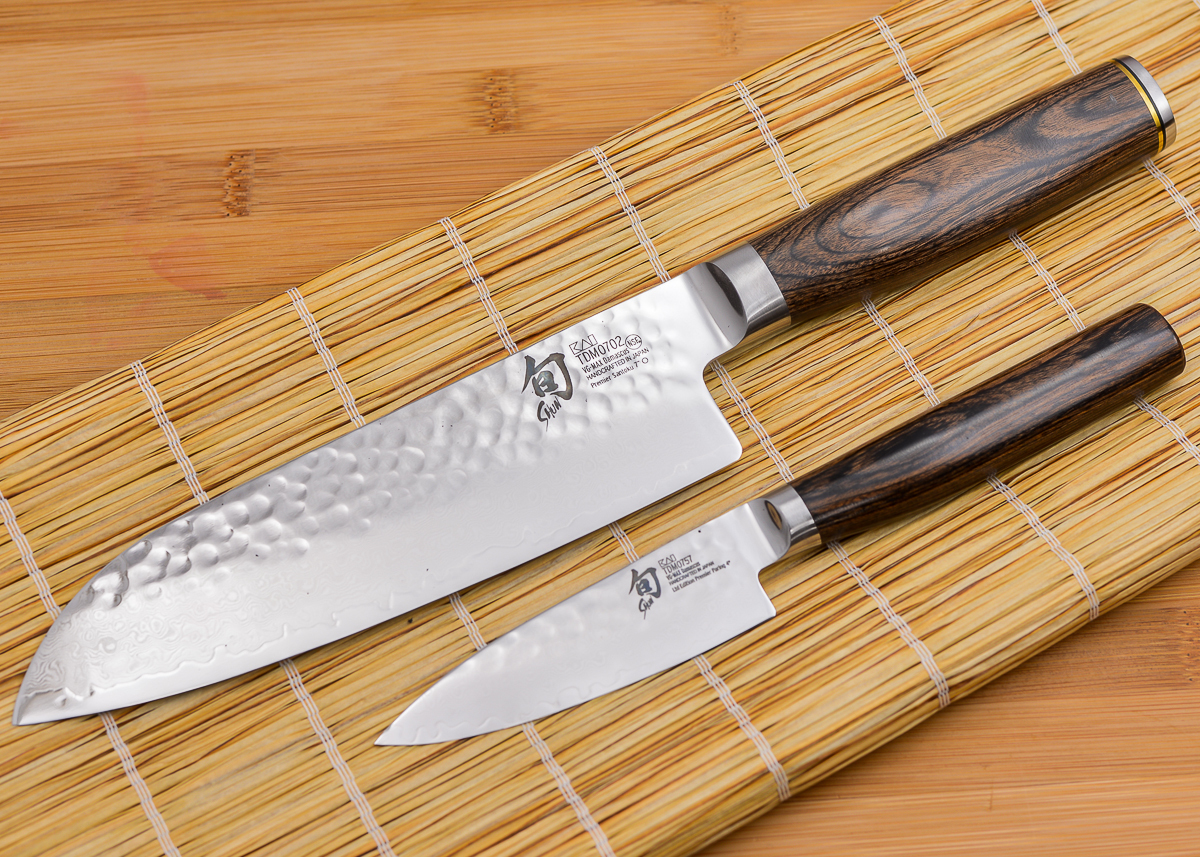 They tend to feature very hard "super steels," which means that they'll hold an edge longer. The trade-off, of course, is that they can (if abused) be more prone to chipping.

German and Japanese kitchen knives do have one thing in common: Neither one should be cleaned in a dishwasher. Don't ever do that with your fine cutlery.

Now that we've sketched-out the differences, we do have recommendations -- and it's pretty simple.

If you have an appreciation for fine knives in general, we believe you'll love Japanese kitchen cutlery -- but you need at least one German chef’s knife to handle tough jobs and abusive stuff.

If you have teenagers in the house, however, just get all German kitchen knives and be done with it. (Please, don't ask us how we know...)