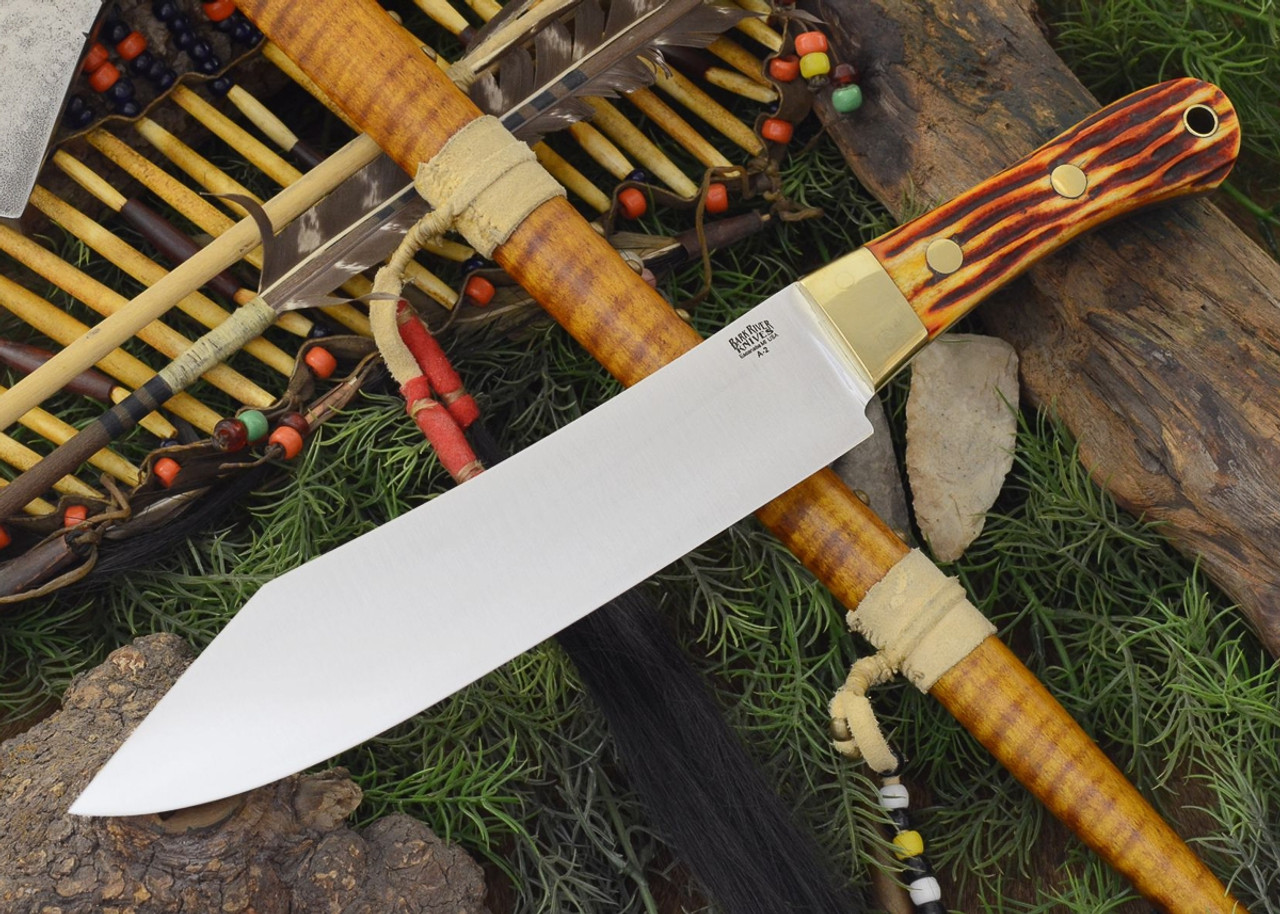 The Hudson Bay Camp Knife II is larger than the one Bark River made back in 2008 and closer to the actual size of the original Sheffield offerings.

The Hudson Bay Camp Knife was the first knife in history to actually be called a ’Camp Knife’.

The knife design dates back to the pre-Colonial days of the 1700s. The Hudson Bay Trading Company was the dominant import/export company of early North America. The Colonials, Frontiersmen and Trappers began to ask the Trading Company for a larger knife to be used in base camp for general camp use. They wanted a heavy knife that would slice and chop in the place of a cleaver or an ax.

This was the original pattern that was developed and sold for over a hundred years as the ’Original Camp Knife of North America’.

You will find it as valid as a ’Camp Knife’ today as it was the day it was designed. It has plenty of weight in the hand and on the blade while still having very lively, quick working characteristics.