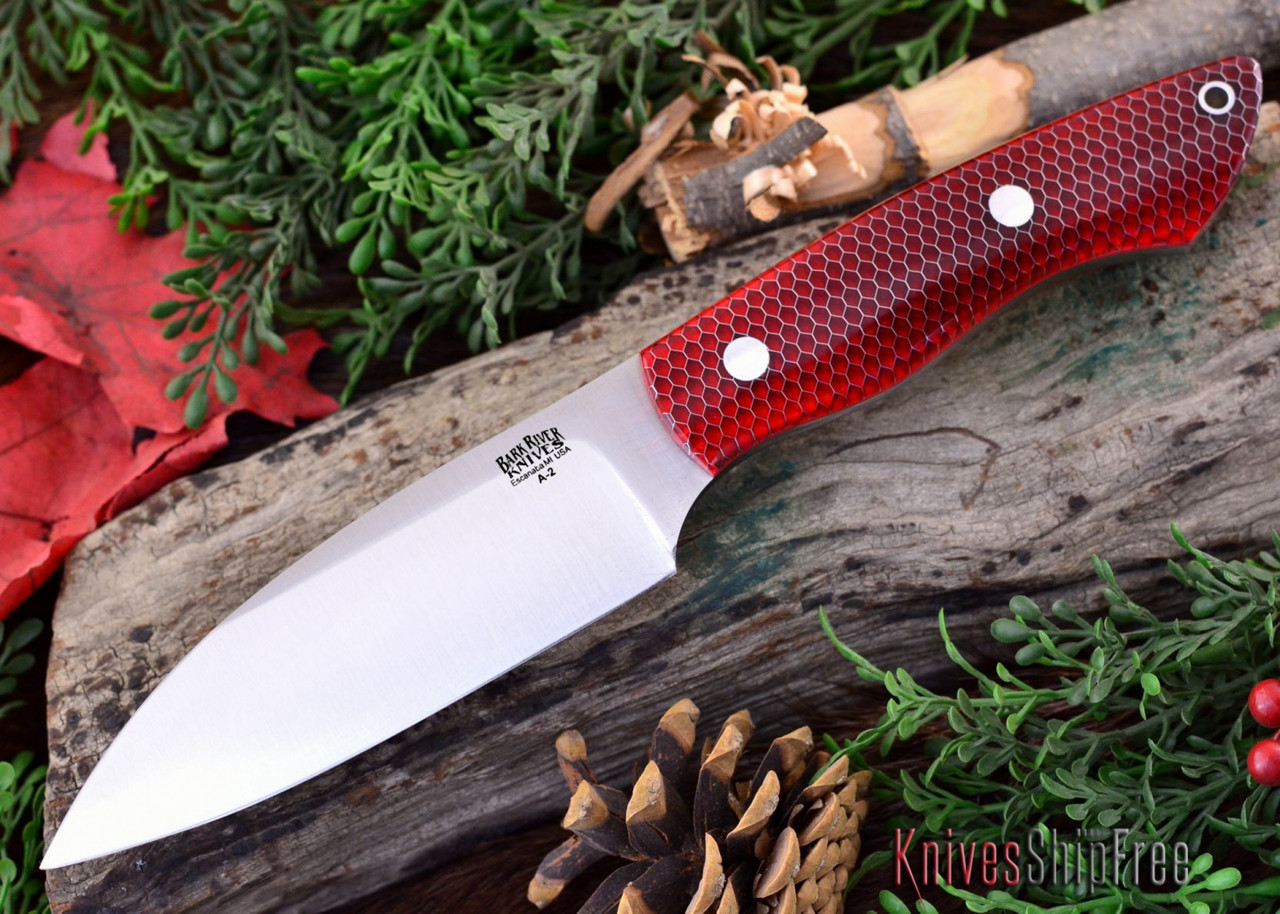 The Bark River Bush Seax is a modern interpretation of a classic European-style woodsman's knife.

The original Bark River Seax, a prototype that never saw full production, was a very popular knife, a smaller version of the Viking-Germanic and later scramasax (Saxon short sword). This knife, the Bush Seax, is closer to examples tracing to the British Isles.

In popular usage, "seax" came to mean "knife" more than "sword," and that's the focus of this Bark River design. The semi-wharncliffe blade, with its slightly curved edge, makes short work of cutting on a flat surface, while also excelling at dressing suspended animals. The point is fine enough for tasks requiring precise control, and its subtle curve is more than adequate to start long cuts in hides or meat.

The crossover from game to bushcraft is obvious -- the Bush Seax excels at carving, notching and scraping bark. It also makes a great all-around utility knife.

The Bark River Knives Bush Seax is a true piece of history, adapted to modern usage.