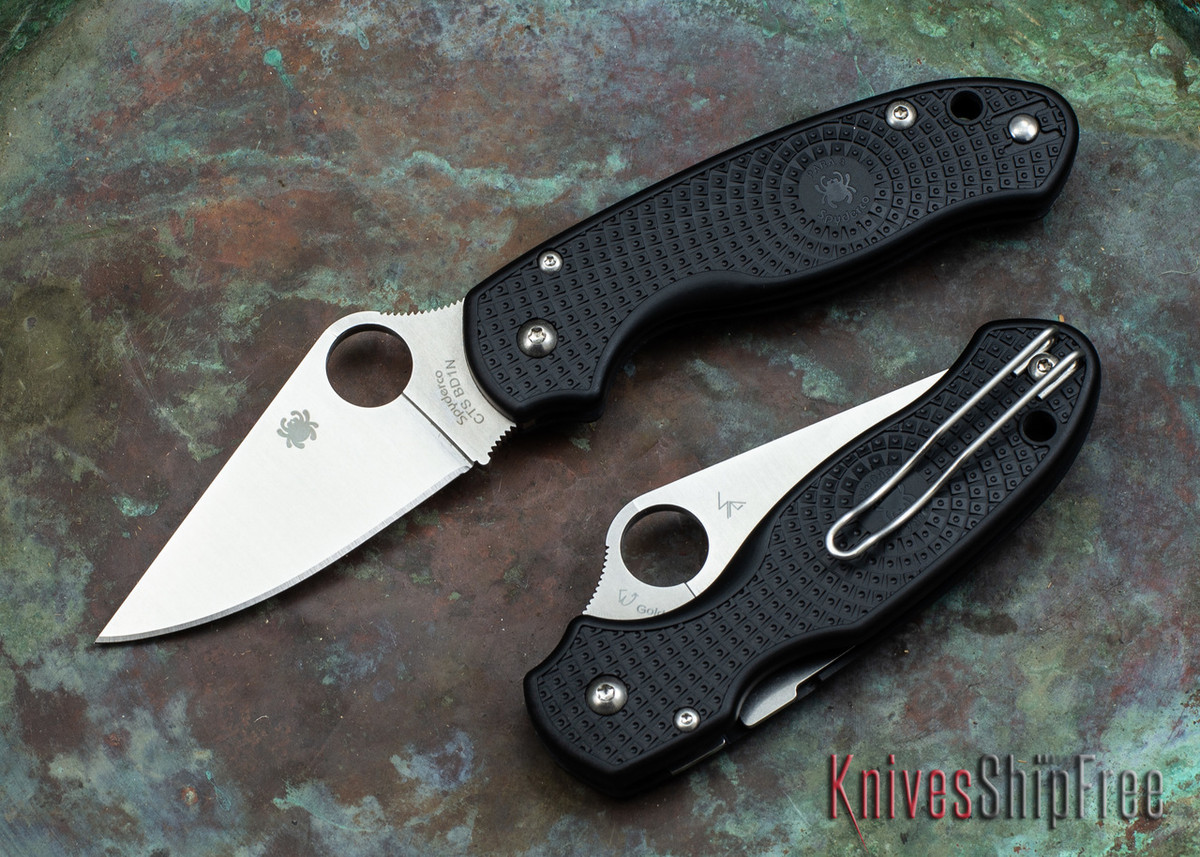 In Stock & Ready to Ship

The iconic Para 3 folder took all the core aspects of Spyderco's beloved Para Military 2 and compressed them into a more compact, pocket-friendly design. Now Spyderco has taken this concept one big step further, building a Para 3 using injection-molded fiberglass-reinforced-nylon (FRN) scales on top of their patented Compression Lock.

The result is the Para 3 Lightweight, saving nearly 30 percent total weight over the original Para 3. This is thanks not only to the FRN scales but also a linerless open-backed construction that minimizes heavy hardware. The scales are formed with Spyderco's Bi-Directional texturing for a secure grip in a multitude of conditions. The stainless steel lockbar of the Compression Lock is nested beneath the front scale. The full-flat ground blade is made of Carpenter CTS-BD1N stainless steel, boasting high amounts of carbon and the addition of nitrogen to create a balance of hardness, edge retention, and corrosion resistance.

With a total weight of 2.4 ounces, an integrated lanyard hole, and a reversible deep-carry clip, this is one of the most capable and pocketable EDCs you could ask for.