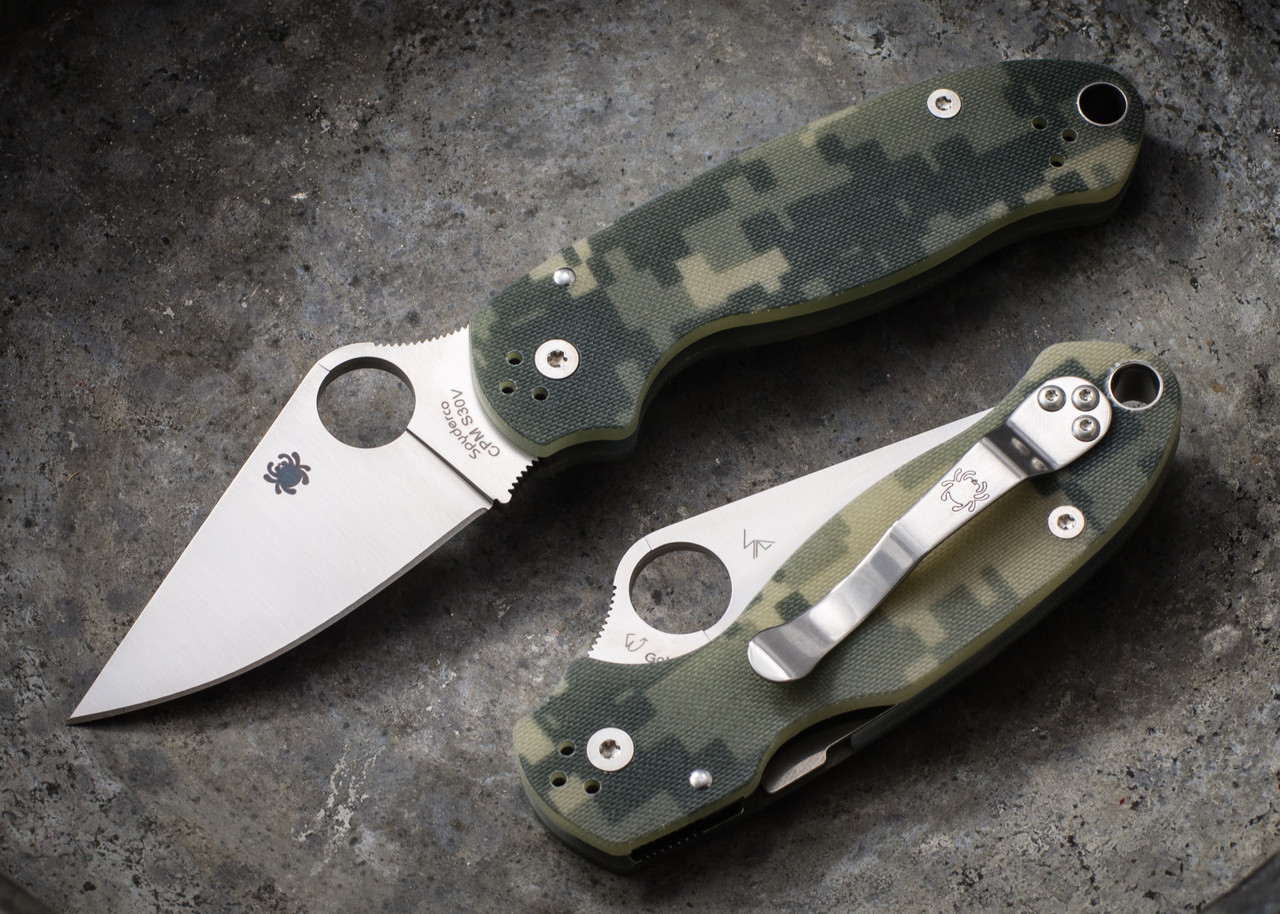 Learn more about the Spyderco Para 3

Following the staggering success brought about by the 2004 paramilitary model, and its 2010 successor the Para 2, Spyderco has chosen to keep the momentum going by bringing out the Para 3 model. This latest Para model combines all the loved features of the Paramilitary 2 with some modifications and upgrades which put it in a class all of its own.

The original para was designed as a folding version of the military blade with Spyderco’s ambidextrous, one-handed folding blade action. This basic design advantage has remained true to form throughout the Para’s various incarnations and to the present day.

That being said, Spyderco’s designers decided to evolve the Para 2’s design due to customer demand for a smaller, lighter and more concealable version of their favorite knife. The result is the Para 3.

Ergonomics of the Para 3

The Para 3 is a highly effective military style blade, conveniently packed in a folding blade form, only smaller and narrower than the Para 2. It allows for a less bulky knife that is easy to transport and has the same cutting performance. It is smaller and narrower than the Para 2. With a three-inch-long blade and a thickness of just 0.150 inches, the Para 3 performs with great cutting efficiency. This more compact format makes the Paramilitary 3 the most ergonomic, light, and effective version in the Para franchise.

The Para 3’s solid G10 handle is built around a steel skeleton covered by textured scales allowing for a comfortable, nonslip ergonomic grip, while still enhancing the Para 3’s structural strength.
This narrow and streamlined design allows it to be easily and comfortably pocketed. Its smaller size and profile has the added advantage of allowing the Para 3 to be easily concealed, fulfilling another customer request.

Just like the Para 2, it boasts a four-position clip which allows for easy belt attachment, right or left side, and tip up or down. An added, relatively large lanyard hole offers up additional carrying options.

This newest design has a state-of-the-art, patented compression lock. The newer lock mechanism is a marked improvement on the older military liner lock, as it allows for easy one-handed locking of the blade without having a finger in the path of the razor-like blade.

A Smaller and Slimmer Blade

Though not as long as the Para 2 blade, the smaller and slimmer Para 3 blade has retained the larger-sized thumbhole, making it easy to draw one-handed while its locking mechanism effectively locks the blade in position allowing for use even under punishing conditions. Made from CPM-S30V particle metallurgy stainless steel, the blade is robust with a razor sharp and reliably tough edge.

The Para 3 is Spyderco’s response to a public demand for a more compact, lightweight, and easily concealed military style blade. Spyderco has delivered, bringing to the fore an original and highly effective knife that demands respect.